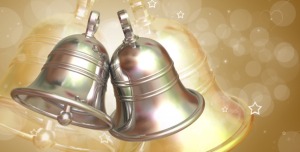 The next morning, I woke up, energized.

I catapulted out of bed, put on my clothes, ran out the door to my car, and drove to Becky’s house. It was 4 a.m. and daylight was just starting to peak as I raced past cars on the freeway to pick up Becky. My body felt like it was on autopilot as I drove over there.

“Pick up Becky by five AM. Get back to the house by five thirty A.M. Shower, shave and get into suit by six thirty AM and back on the road to the San Marcos justice of the peace by seven AM.” I kept telling myself over and over again.

As I went over the details in my mind I realized that I was pulling up to her street, I pulled into the driveway of the house next door and got out of my car and waited for her to come out.

She quietly opened the side door to her garage and with her bags in hand she raced over to me. We kissed and embraced for a few seconds and then I asked, “are you sure that this is what you want?”

I saw a light go on in her parents bedroom and I sensed that they were getting up to start the day and very soon they would know that Becky was missing.

I grabbed her bags and led her over to my car. We got inside and looked at each other for a minute and then she reached over and started the car. I put the car into gear and we were off.

On the way back to my parent’s house we talked about all of the little details for our wedding day and I repeatedly assured her that everything would be alright.

This was never how I imagined my wedding day to be. Like Becky, I had always wanted the traditional wedding in a church surrounded by friends and family.

I had often envisioned waiting with my groomsmen by the alter as my wife’s happy father led her down the isle, ready to give her away.

But just like everything else in my life, things change and on November 3rd, 2000 I found myself racing back home with my wife-to-be were we would get ready to head to the justice of the peace finally get married.

When we got home my parents embraced her like a long-lost daughter, then they pushed us off to my room for us to get ready for the wedding.

6:30 a.m. Fred and his wife would be having breakfast with Becky’s siblings wondering why she didn’t come to Breakfast.

Becky told me that she left a letter for her parents on her nightstand before she left. In her letter she told tell that she was with me and we were going to get married.

I knew that after Fred and his wife read the letter they would be furious that Becky defied them but even more furious that she had gone back to me. I knew that the first thing they would do would be to get in their beat up station wagon and drive over to my parents house for a confrontation. I didn’t want to be there when that happened and I rushed to get out of the house and get on the road with Becky to the justice of the peace.

7:00 a.m. getting ready was taking longer than expected because my grandma, sister and her 6 month old son Caleb were all going along for the ceremony and everyone had to get situated in my parent’s car

7:15 a.m. my parents, grandma, sister and nephew were safely in their car, ready to go and Becky and I nervously got into my car not saying a word to each other. The tension was so think I felt we were both going to break any second.

Regardless of the circumstances, we were getting married. I was determined to make this a special day, so I did everything to ease the building tension by encouraging her that our plans were working and in a few hours we would officially be husband and wife.

As we drove up to the justice of the peace followed by my parent’s car I started to breathe easier.

“We did it! We’re going to be together!” I kept thinking to myself.

I kept looking over my shoulder, half expecting to see dozens of CHP police cars speeding up the freeway after us but it was just a normal Friday morning with normal traffic.

I looked over at Becky and noticed that she was crying.

“I’ve always been the older, responsible sister that my parents could trust and now I’m breaking that trust to run away and get married! She said.

“Becky, you’re not betraying your family!” I said.

“This is the only way we can be together. Your father betrayed you by taking away your happiness and trying to ruin your life by keeping us apart like he did, all because of what? Because I didn’t want to turn my back on my parents and do what he commanded? You deserve to be happy not subjected to a life of misery and hardship under your father’s thumb.” I said.

“My father must be furious with me right now.” She said.

“Becky, if you want me to call your parents after the marriage ceremony is over, I will, just so that they know that you’re okay and that our marriage is official,” I said.

“Okay,” she said with hesitation.

I was tired of constantly trying to build her up emotionally, so we kept to ourselves until we finally arrived at the justice of the peace.

We finally made it! I kept thinking to myself.

I looked down the street after we arrived and all I saw were my family pulling up in the car smiling.

Fred wasn’t is sight, nor were any of her angry brothers no were the CHP, ready to arrest me or split us up. This was really going to happen.

Just behind the doors to the justice of the peace was my whole new future.

My goals and ambitions of just a couple of years ago seemed a thing of the past as I walked with my wife-to-be through those doors to face that new future together.

We went inside and spent the next 30 minutes filling out all of the required paperwork. Then we waited to be called in a side room where a justice of the peace for the State of California would marry us.

I looked at my watch and wondered what Fred and his family were doing at that instant. Even if they found out where, we were by the time they arrived it would be too late, Becky would officially be my wife.

What did the future hold for us?

Would she be able to stand up to her father and build a life with me, or did more hardships lie in store for us? I didn’t care about the future because my future was sitting next to me and with her, we could conquer anything.

“Jeremy and Becky? The justice of the peace is ready for you…”